What Will You Do When This Disaster Hits Your Business? 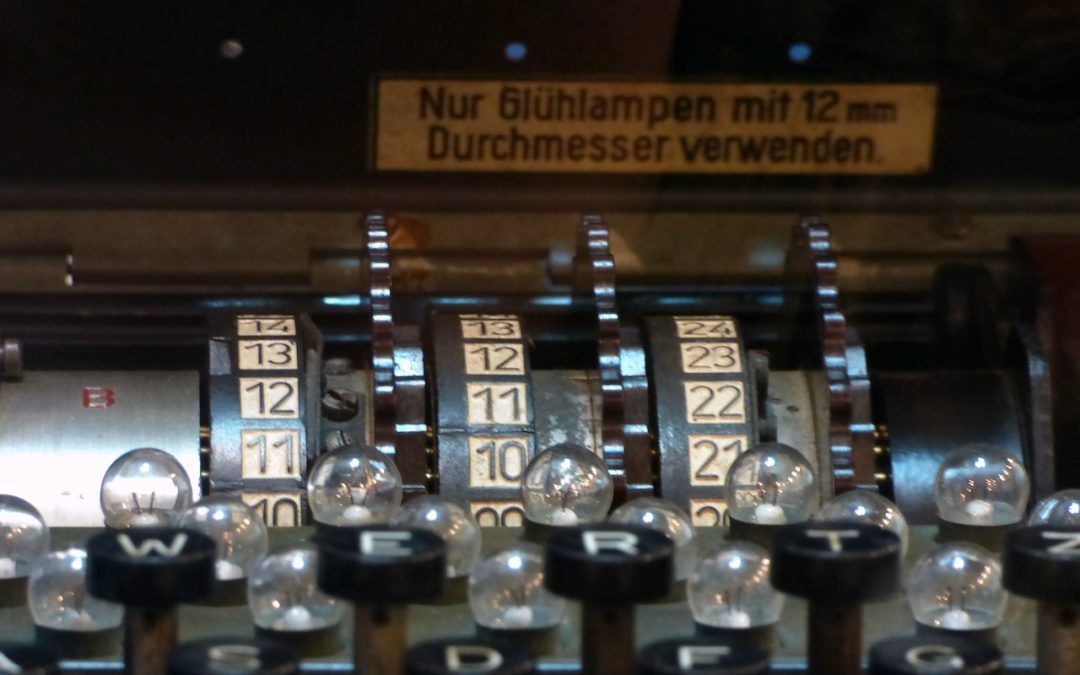 What Will You Do When This Disaster Hits Your Business?

WE PRACTICALLY GUARANTEE IT WILL HAPEN TO YOU

In today’s world of rampant cybercrime, every savvy business owner knows the necessity of locking down their data. However, we find that the cyber security technologies used by the vast majority of businesses are woefully out of date. Sure, your current solution may have worked great, but digital threats to the safety of your company are constantly evolving. Criminals will eventually attempt to breach your data — and your barriers are not as secure as you might think. What will you do when this disaster hits your business?

Before World War II, the Germans developed a technology that would prove to be a key player in the conflict: its family of infamous Enigma machines. These devices, about the size of a small microwave, were composed primarily of a typewriter and a series of three or four rotors. By using a set of rules contained in a corresponding codebook, German soldiers would use the machine to encode vital messages to be sent covertly over the airwaves. The number of potential permutations — and thus solutions — for the code was in the tens of millions. The Germans were confident that the code could never be broken and used it for a vast array of top-secret communications.

The code’s impenetrability didn’t last. Via photographs of stolen Enigma operating manuals, the Polish Cipher Bureau reconstructed one of the stubborn Enigma machines, internal wiring and all, enabling them to decrypt the Wehrmacht’s messages from 1933 to 1938. Facing an impending German invasion, Poland decided to share these secrets with the British. But, at the outbreak of the war, the Germans increased the security of the Enigma initiative by changing the cipher system daily. In response, a British code-breaking team, led by genius English computer scientist Alan Turing, constructed primitive computers, known as “bombes,” that allowed them to decrypt the incredibly complicated ciphers faster than ever before. But it wasn’t until the capture of the U-110 warship and the seizure of its Enigma machine and codebooks that the British were able to decrypt the most complicated cipher of the war, the Kriegsmarine Enigma.

The information gleaned from these decrypts are believed to have shortened the war by more than two years, saving over 14 million lives.

Just like you, the Germans believed the systems they had put in place to defend their secrets were impenetrable. And it’s true: the system had few cryptographic weaknesses. However, there were flaws in German procedure, mistakes made by Enigma operators, and failures to introduce changes into the Enigma formula — along with the Allied capture of key equipment and intelligence — that ultimately allowed the Allies to crack the code once and for all.

Take this as a cautionary tale: the most advanced, complex cryptography system in the world became obsolete within 10 years. The same goes for your potentially outdated cyber security measures.

Though they may not be led by Alan Turing and his crack team, you can bet criminals are constantly chipping away at the defenses of even the most powerful firewalls. The arms race between cyber security companies and cybercriminals rages on behind the scenes, and you can bet that they’ve already cracked your business’s “Enigma.” Just look at the massive European cyber-attack this past June, which infected computers from over 27 companies across the continent, including those of the largest oil company in Russia, with ransomware. The unimaginable cost of that attack is something you certainly don’t want your business to shoulder.

As technology evolves, so does crime. New threats arise each and every day. While solutions are available (and needed), they are notably absent in older software developed at a time before these constantly morphing attacks even existed.

Once the enemy has found a way to pick your lock, you need a new lock. Luckily, you have your trusty IT provider, constantly on the lookout for cutting-edge solutions that protect our clients from even the nastiest malware.

Don’t be like the Germans. Don’t let disaster hit your business. Constantly look at options to upgrade to more robust, better cyber security to defend yourself from the bleeding-edge hackers, and sleep safe knowing your business is secure.

For help setting up your AUP, or for any computer-related issues or needs contact The Computer Center by visiting computer-center.com/contact or call (608) 755-1524.