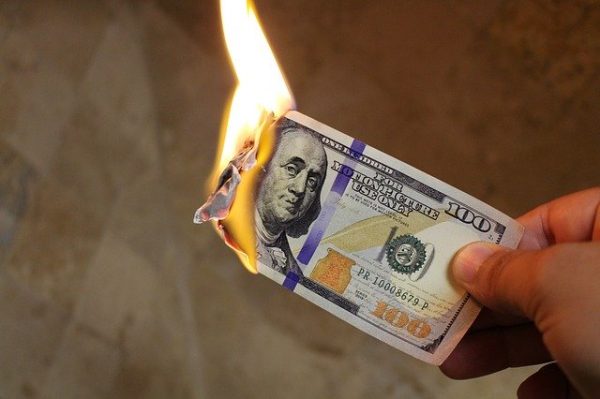 As anybody working in IT will tell you, the most common question we get isn’t, “Why is my computer running so slowly?” or “Why is my Internet not working?” It’s, “What do you charge for your services?” With so many IT companies clamoring for your attention, it makes sense that you’d want to look for the most inexpensive, cost-efficient option, right? Here’s why hiring cheap will cost you more.

The problem is that this question doesn’t get to the heart of the issue. Sure, any IT company can offer rock-bottom prices, but as with anything else, those savings are going to come with fewer, lower-quality IT services. Also, many cheaper services say they are inexpensive, but they typically have slow response times and nickel and dime you over everything. Instead of asking about price right off the bat, the better question is, “What will I get for my money?”

With cheapo IT companies, the answer is not much. Maybe they’ll be there when the server breaks down or if Microsoft Word is acting weird on your computer. But you can bet they won’t help you implement IT systems that will prevent real catastrophic issues from arising – the kinds of things that determine the success or failure of a company at the most basic level.

Today, business and technology go hand in hand. It’s an inescapable fact that good tech forms the pillars upon which successful companies stand. Many business owners still insist on cutting corners with IT, hiring cheap and inexperienced “professionals” to protect and support the most fundamental aspects of their operation.

Of course, it’s hard to fault them for doing so. Without a firm grasp of a business’s IT needs, it’s all too easy for a subpar, would-be IT partner to convince an owner they meet the company’s requirements. That’s why the question, “What will I get for my money?” is so important. IT support coverage needs to be comprehensive, addressing every potential sink-or-swim crisis before it actually happens. The integrity of your network infrastructure should support your business, rather than force you to run around putting out fires.

A downed server or temporarily unreliable network might seem like minor issues, but even the smallest of IT problems can easily snowball into an expensive nightmare that threatens your company’s very existence.

Take a company that stores all its data on a central, networked server, for example. Maybe they’re a content creation firm, with terabytes of custom-designed client marketing materials stashed away, or a large law practice with thousands of vital case documents. They were reluctant to spend much on IT support, so they went with the cheapest option available. Of course, regular server maintenance wasn’t included in their package, but they assumed their trusty hardware would keep kicking for at least a few more years. But when an employee tries to access the database, an error pops up. Upon further investigation, it turns out the outdated server has finally broken down, apparently for good. All those documents, all that data instrumental to the basic functionality of the company, is irrecoverable – thousands of hours work (and thousands of dollars) down the drain, and all because of an issue that would easily have been caught and prevented by a team of qualified IT experts.

When technology works, it’s easy to imagine that it’ll continue working without issue. But the fact is that a computer network requires constant, behind-the-scenes monitoring and maintenance to ensure it stays up and running, not to mention secure.

From hordes of hackers waiting in the wings for you to slip up, to hardware failure, to natural disasters, rogue employees and a million other IT threats, it’s important to ensure the stability of your network before a problem comes knocking. Cheap Band-Aid solutions work great until the day they cost you thousands. It’s better to invest in a team of real IT experts and avoid crisis altogether. It’s much cheaper to prevent something from breaking than it is to replace it altogether.

Why choose The Computer Center? With our Comprehensive Care Services and Pre-Paid Discount IT Support, using technology, we will guide your company on the journey to becoming more productive, profitable, and improve your operations in Southern Wisconsin and Northern Illinois. So call us today at 608-755-1524 or fill out a form to schedule your FREE ($2,800 value) Business and Technology Assessment.